By Cameron Robertson. Reproduced from www.mirror.co.uk 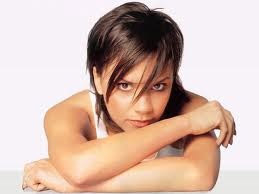 Victoria reveals the 10 fashion commandments to her faithful followers

AND then a voice came from above and, lo, it was Posh who said unto the world: Thou shalt not leave the house without designer sunspecs, neither shalt thou go forth in matching undies…

Thus spake Victoria Beckham, who has offered her 10 style I commandments to girls who want to look the part.

Among Posh’s fashion sins are wearing the same colour bra B and knickers and flashing too much flesh.

She says: “Good underwear is obviously a real wardrobe staple but I think you’re either a girl who always wears matching bra and knickers or you’re not. I fall into the latter category.” And when it comes to revealing bits of your body, she adds: “Don’t let it all hang out. It’s much sexier to leave a little to the imagination.”

The 31-year-old former singer confesses she has days where she feels fat but her fashion tablets reveal a way round the problem. She tells Glamour magazine: “When you’re having a bloated day, always have some emergency figure flatterers. Last season I invested in some of Stella McCartney’s jumper dresses which are a godsend when you’re not feeling particularly great about yourself.”

But when she’s feeling thin again, she turns to Gap Kids and loves tiny Japanese sizes. Posh says: “I like buying jumpers from Gap Kids and cutting them up because they’re so fitted and can look really cool and 70s-inspired.

“I also wear their T-shirts inside out with a pair of my jeans and a fabulous pair of sunglasses. That’s a look that just can’t go wrong.” In the name of the Prada, the sun and the holy Gucci, amen.

THE full article is in the fifth birthday issue of Glamour, out Thursday. c.robertson@mirror.co.uk

RULE 1: Visualise Your Overall Look
RATHER than looking at a pile of clothes first thing in the morning and wondering what the hell I’m going to throw on, I visualise the overall look I’m going for on that particular day, then pull the pieces together.

Doing it that way round will transform the way you look at your clothes and the way you dress.

RULE 2: Shop The World
I WAS shopping in Japan and picked up loads of great clothes. It’s fantastic because they make everything in tiny sizes and are very style-conscious. Everything is so image led and they’re always pushing a certain look.

I love vintage clothes stores in New York. Picking up clothes from different countries helps put an individual stamp on your style.

RULE 3: Borrow From Another Era
TAKE inspiration from another decade. I love structured clothing, so I favour 50s styles. They’re tailored to give a great silhouette.

RULE 4: Invest In Timeless Classics
I RARELY buy anything that’s obviously from a particular seasons collection. Invest in clothes you can wear from season to season. Five years ago I bought gorgeous Vivienne Westwood boots I still love. The other night I wore a D&G dress that’s 11 years old but still looks good. Buy classics that will never date.

RULE 5: Find A Fashion Fail-Safe
WHEN you’re having a bloated day, always have some emergency figure flatterers.

Last season I invested in some of Stella McCartney’s jumper dresses which are a godsend for when you’re not feeling particularly good about yourself. You just pull one on and they make you look sexy.

RULE 6: Accessories Are Necessities
THE right bag, shoes or sunglasses can make or transform the look of an outfit. I never leave the house without sunnies, so I own loads of pairs. Even if you’re not that keen on the clothes always check a designer’s bags, shoes, jewellery and sunglasses.

I don’t often wear Dior clothes but I love their sunglasses.

RULE 7: Dress From The Inside Out
GOOD underwear is a wardrobe staple, but you’re either a girl who always wears a matching bra and knickers set or you’re not. I fall into the latter category. I love Agent Provocateur knickers and Calvin Klein T-shirt bras. In the summer, I’ll wear a plain white vest with a coloured bra underneath.

RULE 8: Be Brave And Customise
I’M into customising clothes, like cutting the waistband off jeans to make them lower on hips. I like buying jumpers from Gap Kids and cutting them up because they’re so fitted and can look cool and 70s-inspired. I wear their T-shirts inside out with my jeans (Victoria designs for Rock & Republic) and a fabulous pair of sunglasses. That’s a look that can’t go wrong.

RULE 9: Trust A Few Faithful Opinions
GENERALLY, I go with my own instincts when it comes to fashion. It’s such a personal thing, so of course you’re not going to get it right in everyone’s eyes.

On the whole I’ve given up asking for other people’s opinions, but I do still listen to the views of my mum and my sister Louise, who I guess is my main shopping buddy.

RULE 10: Classic Style Must-Dos
IT’S great to make a statement now and again but try to stick to a few classic guidelines. If you’re revealing lots of cleavage, you should have your legs hidden. Or if you want to show some leg, wear a jumper dress on top. Don’t let it all hang out. It’s much sexier to leave a little to the imagination.